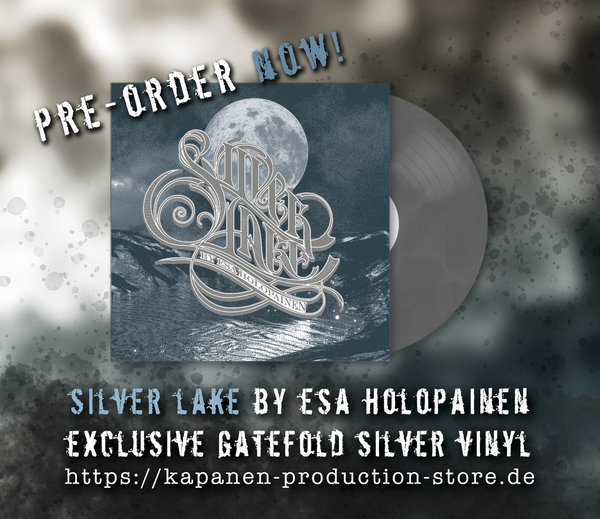 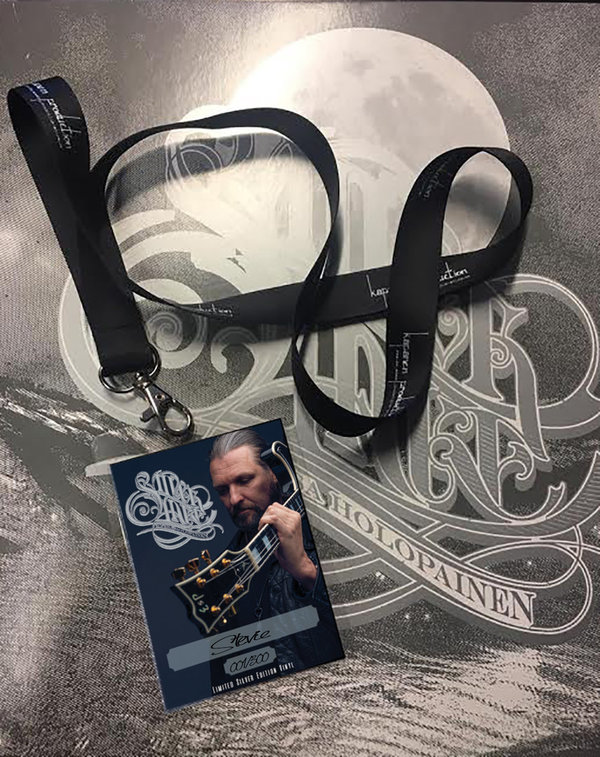 When you buy Silver Lake by Esa Holopainen limited edition silver vinyl from Kapanen-production-store.de, you will receive a pass with your album number and your own name.

Esa Holopainen: "Over the last few years, I have been writing a lot of music, and some of the stuff hasn't exactly sounded like Amorphis. When Nino Laurenne, owner of Sonic Pump Studios called me late March, I already had three decent-sounding SILVER LAKE songs in stock. These tracks, entitled 'Sentiment', 'Ray of Light' and 'Promising Sun', worked as the backbone for the full solo album".

"At first, I really didn't know if the album would turn out to be purely instrumental or would there be vocalists as well. However, one thing was certain, I wouldn't be the singer of SILVER LAKE. Therefore I started to ask several friends and favourite singers of mine that joined me from their home studios on these 9 new tracks to be featured on "Silver Lake By Esa Holopainen".